Will Magazines Go The Way of Vinyl?

Hooked on the latest smartphones, tablets and e-readers, future generations will no doubt look back at printed magazines with the same incredulity as youngsters today when told about vinyl records played with a needle! But like 'good old vinyl', many will eventually yearn for the feel and nostalgia of an 'old' magazine, just as vinyl has today found a new following. I found very few websites on magazine collecting a few years back, which inspired me to launch this one. I hope you'll be inspired to start your own collection.

Daily Mirror and Daily Express newspaper publisher, Reach, announced in July that 550 jobs (12% of its workforce) would be going. This was directly attributed to the Covid-19 pandemic accelerating the structural shift in the media sector towards online channels.
It has been a while coming. One assumes most jobs will be lost from the print side of the business and that the majority of journalists will be retained. But then there is the issue that has so far proved a block to the economic success of online publications for all but a select few, such as the FT. How many people - now used to reading news free online - will see that to retain a high level of independent journalism they must still be prepared to pay for it? In this age of social media fake news and the increasingly politically influenced TV news outlets, let us hope there is still enough who value paying to get the truth and nothing but the truth.
Meanwhile, it's another sign that the days of carrying lorry loads of printed paper up and down the motorways on a daily basis is closer to becoming a thing of past folly. Of course it couldn't happen without the latest technology in place to take over - perhaps a similar thing was said when papyrus took over from stone tablets. We like our printed mags but there was nothing quite like the feel of the stone as you sat down for a quiet read by the fire. 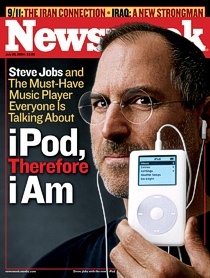 The move away from printed publications began in ernest when Newsweek, the current affairs magazine, announced it would become the first big brand to take the decision to cease publishing in print and go digital only. Its final print issue was the one that saw out 2012, available on newsstands for the last time from 31st December that year.
While the Internet enabled the shift from cumbersome print, the breakthrough has been the rise in quality and affordability of tablets, e-readers and large screen smartphones. Now the consumer has a way to read a digital publication that mimicks the convenience of a magazine or newspaper. Suddenly it all came together, the benefits are tangible and the reading experience good. The digital package is complete and the consumer is buying into it.
As a very prominent publication worldwide, published for 79 years, it's a hugely significant sign of where the industry is going. Newsweek's announcement signalled the beginning of the end for print publishing, beginning with newspapers and magazines. Read Our Full Story

Magazines: a snapshot of time in words and pictures
Collecting magazines became a hobby of mine only in recent years, but even before I entered my teens, something fascinated me about magazines and the way they grab a moment in time and capture it within their pages.

Books rarely give the same feeling, since they are nearly always written after the event and report on the past with the benefit of hindsight. They also miss out on an enjoyable aspect of reading through old magazines - those old adverts and lists of prices of items that have now either disappeared or become very desireable.

I became a magazine editor and loved the process of putting together an issue, then seeing it published and displayed on the shelf of my local W.H. Smith. Every issue was a one-off with a 'life' of its own.

Then there are the covers. The cover of a magazine is an art form in itself, designed to attract an audience rather like a flower attracting bees. It needs to stand out from other magazines on the shelf but not be garish (apart from when the very aim is to shock!). Putting together a magazine cover can be the work of one person on their own or a whole team of highly talented designers, graphic artists, editors and photographers. The cover can make or break an issue and most covers will have taken many hours to put together. Like most works of art, some will appeal to us more than others, but each is unique.

A BRIEF HISTORY OF THE MAGAZINE

COLLECTING MAGAZINES AS A HOBBY OR BUSINESS

People often end up with a collection of magazines because of a hobby - motoring, fishing, train-spotting or whatever - but magazines are collectable in their own right. With the advent of the internet and e-readers, and the spiralling costs of print and distribution - not to mention the wastage of pulped, unsold issues - the traditional magazine is sure to die out, giving way to technological solutions a lot cleverer than ink on paper. Future generations will look back at today's magazines with the same incredulity as youngsters today when told about vinyl records played with a needle!

I found very few web sites on magazine collecting, and for magazine collectors, a few years back, which inspired me to launch this one. I hope you find it interesting and that you will be inspired to start your own collection.